The learning curve concept, derived from psychology, is a graphical representation that demonstrates that a product’s production costs tend to decrease when workers perform productive tasks repeatedly. The time spent producing goods decreases, as do production costs, which increases profit.

If this perspective is extended to the productive capacity of a given country, it can be assumed that the effect of the learning curve on the production of goods, originally developed and produced in other countries, decreases the costs of production of these goods and benefits the country economy.

In fact, investments, particularly sophisticated financial ones, are needed to develop and produce the goods. Investments are needed in various sectors like education sector, so that the productive capacity of a given country could develop.

However, the ability of a country to produce goods, originally developed and produced in another country, does not automatically mean that there is a «theft» in the know-how level of the country from where those products were, originally, developed.

On the one hand, knowledge transfer is often freely available and can, of course, be absorbed and replicated. On the other hand, the patent protection system, which also seeks to ensure fair competition, and instruments of international law whose obligations must be complied with by the Parties are in force in most jurisdictions, as they may provide for mechanisms to verify that such obligations are in force in each Party’s legal system and that their fulfilment in practice is effective. Indeed, since 1967, the promotion of intellectual property protection throughout the world, through state cooperation, has been ensured after the establishment of the World Intellectual Property Organization composed of 191 Member States.

This international legal framework for patent protection, which is in place in most countries, ultimately means that the content of the obligations under the domestic law of each legal order is similar. For example, the scope of patent protection which, in terms of subsection a) and subsection b), article 104.º of the Macau industrial property law, guarantees to the patentee, for a certain period, the right to exclude others from manufacturing, selling, storing, marketing and importing one’s invention and it is similar to that of article 11.º of the Chinese Patent Law and that of The Patent Act 35 USC §154, (a), (1) of the United States Law.

In general, patent right has the following outline:

– the patent right belongs in principle to the inventor or his heirs, and may in certain cases belong to companies, granting to the patentee an exclusive right to exploit the invention and giving him the right to prevent others, without his consent, from manufacturing, placing on the market or using a patented product, or importing or owning it for any of the purposes mentioned;

– the inventions that meet the requirements of novelty (must be unknown to the public by description, use or by any other means, in any legal order), originality and may be used to manufacture products or in any kind of business activity may be protected. For example, inventions are patentable «in all fields of technology, whether they are products or processes for obtaining products, substances or compositions», except, for example, «discoveries as well as scientific and the mathematical methods»;

– patent term protection is, for example, 20 years from the date of filing for an invention, but in the case of a semiconductor topography product «the registration period is 10 years from the filing date or from the date on which the topography was first exploited anywhere, if it is earlier», while the utility patent protection is 6 years and if a renewal is requested, it may not exceed 10 years. After the expiry of the periods, the product may be freely marketed;

– the industrial property rights, such as property rights in general, may, for example, be transferred by their owner for development and commercial use and he may receive fees for the use of his invention;

– the infringement of patent exclusivity is a criminal offence in various jurisdictions, for example under article 289.º of the Macao Industrial Property Law or under article 63.º of the Chinese Patent Law and article 216.º of the Criminal Law of the People’s Republic of China. Meanwhile, in December 2018, the National Development and Reform Commission of the People’s Republic of China issued a Notice, signed by thirty-eight governmental entities, entitled «Memorandum of Cooperation on Joint Punishment of Seriously Dishonest Entities in the Field of Intellectual Property (Patents)». These are penalties of an ancillary application to those referred to in the previous articles, like the prohibition of obtaining government financial support or carrying out foreign trade operations.

So, such a patent registration regime also protects patent holders against possible infringements of their rights, in particular through the use of legal proceedings.

But, nothing prevents, on the one hand, that a particular invention, embodied in a good produced in one place, from being analyzed in another place and its operation known, with a significant decrease in production costs, due to the the learning curve effect.

On the other hand, even if a good is patented, nothing prevents it from being produced with new and original requirements added, with a different final result from the original, in order to have an industrial application which, naturally, due to the the learning curve effect, decreases its production costs.

Regarding the commercial access of new products to the market, unrelated to the legal industrial property regime and patent rights and allegations that China has violated these laws which we saw earlier, the United States Government threatened to hamper and even prevent market access for new products related to 5G telecommunications technology developed by the Chinese company, Huawei Technologies Co. Ltd, the world’s largest provider of telecommunications equipment, alleging security concerns, and claiming that state security would be questioned if the technological equipment supplied by the company were to be used in telecommunications networks.

Finding new technical solutions to solve technical problems through the manufacture of reliable and affordable products regarding possible market alternatives is, from the consumer’s point of view, advantageous. At present, this simple premise seems to be undermined by the United States Government if it persists in hindering or preventing access to the telecommunications market for new products related to 5G telecommunications technology, to the detriment of consumers and economic development. Some of the arguments put forward, such as security, may at least meet this simple finding: it is possible to develop technical and legal solutions to solve any concerns arising from the use of goods.

Convention Establishing the World Intellectual Property Organization (as amended on September 28, 1979). China is a contracting party;

Paris Convention for the Protection of Industrial Property (as amended on September 28, 1979). China is a contracting party since 1985;

Patent Law of the People’s Republic of China;

Implementing Regulations of the Patent Law of the People’s Republic of China;

«Memorandum of Cooperation on Joint Punishment of Seriously Dishonest Entities in the Field of Intellectual Property (Patents)».

The portuguese version was published in Feb 7, 2019. The chinese version can be read here. 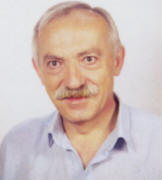